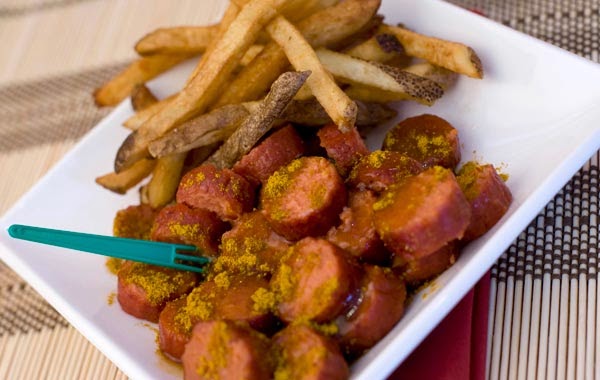 Another London based band is gracing Stockholm with their precense towards the end of october. And there are more than geographic similarities between the two groups. Just the other day I heard from famous siblings Romeo and Michele Stodart of The Magic Numbers and now I've finished up a little chat with the great Woman's Hour who visit Stockholm and Söder, playing Lilla Hotellbaren on the 29th. Fiona Burgess started the band with her brother William and their two friends, Nick and Josh.
Gordon: How is the tour coming along? Right now you're still in the UK but you are soon heading out into Europe. Have you toured there before? Do you have a fanbase in Europe yet?
Woman's Hour: We've just arrived in Europe and we're pleased to report that the currywurst is damn fine. We've played in Hamburg and Berlin so far and they've been great shows. It's our first headline tour in Europe so we've been pleasantly surprised.
Gordon: How is the sister video coming along? Could you tell me a little bit about it and when it'll be out?
WH: We filmed it last week in London, so it will be online soon. It's a video to accompany our next single, and involves lots of sisters... That's all I can say.
Gordon: I read that you used imagery from self-help books when you created a cover for your Conversation single. Do you go about other things in the same manner, drawing ideas and style and content out of their intended context to make something new?
WH: Yes, absolutely. I don't believe that anything can be entirely original anymore, everything is regurgitated and re-cycled and re-used and it's empowering to recognise that and actually directly reference and borrow from readymade material that already exists in the world. We have also been working closely with artists Adam Broomberg and Oliver Chanarin on all our releases and their preoccupation with found photography has been a big influence.
Gordon: Your breakthrough seems to have been quite rapid, how did it happen? Did you do a lot of live shows or did you find your way through social media?
WH: A bit of both, and a lot of hard work. We're all guilty of being perfectionists, so we would rehearse at least three nights a week if we weren't touring or in the studio. We do use social media too, but it's a complicated relationship. I feel that on the one hand being online enables us to disseminate our work to a wider audience and to connect with more fans; on the other hand it shouldn't replace liveness and our live shows, that's a very unique experience that can't be entirely translated onto film or photographs.
Gordon: Let's finish with a classic question for bands on tour, what do you listen to while you travel?
WH: We haven't been listening to much actually, we've been busy watching the Twin Peaks boxset. We're on Series 2, Episode 11...

Ok, Damn fin currywurst is something I have yet to encounter, it's usually more like a barely edible novelty. If one visits Berlin, the döner is where you should spend your euros. But I can't fault Woman's Hour on their choice in tour DVD:s. Damn fine coffee and pie. Check out the band live on the 29th or whenever through your choice in streaming service!

The Bit Parts - My best trick 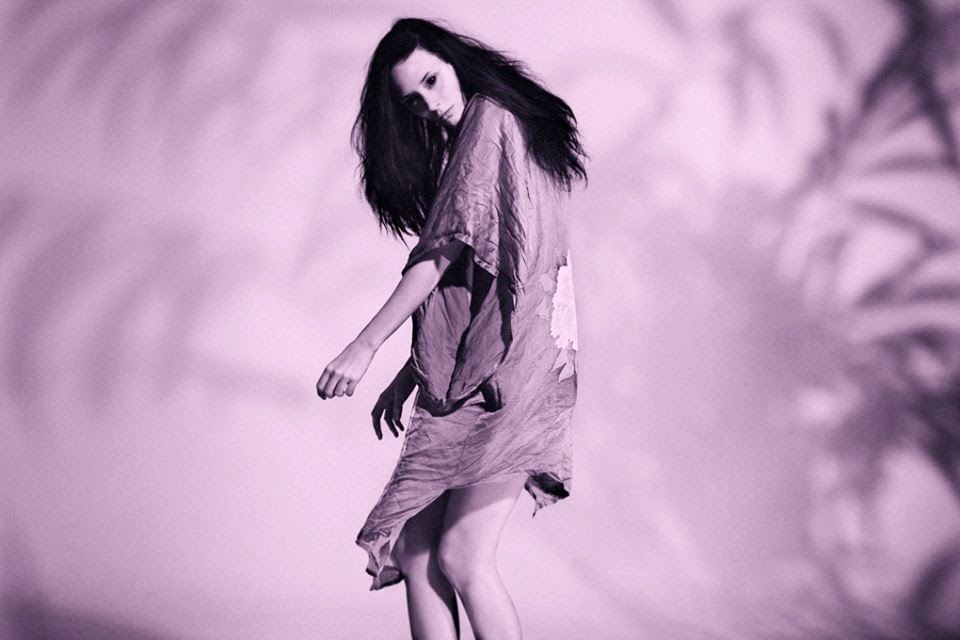 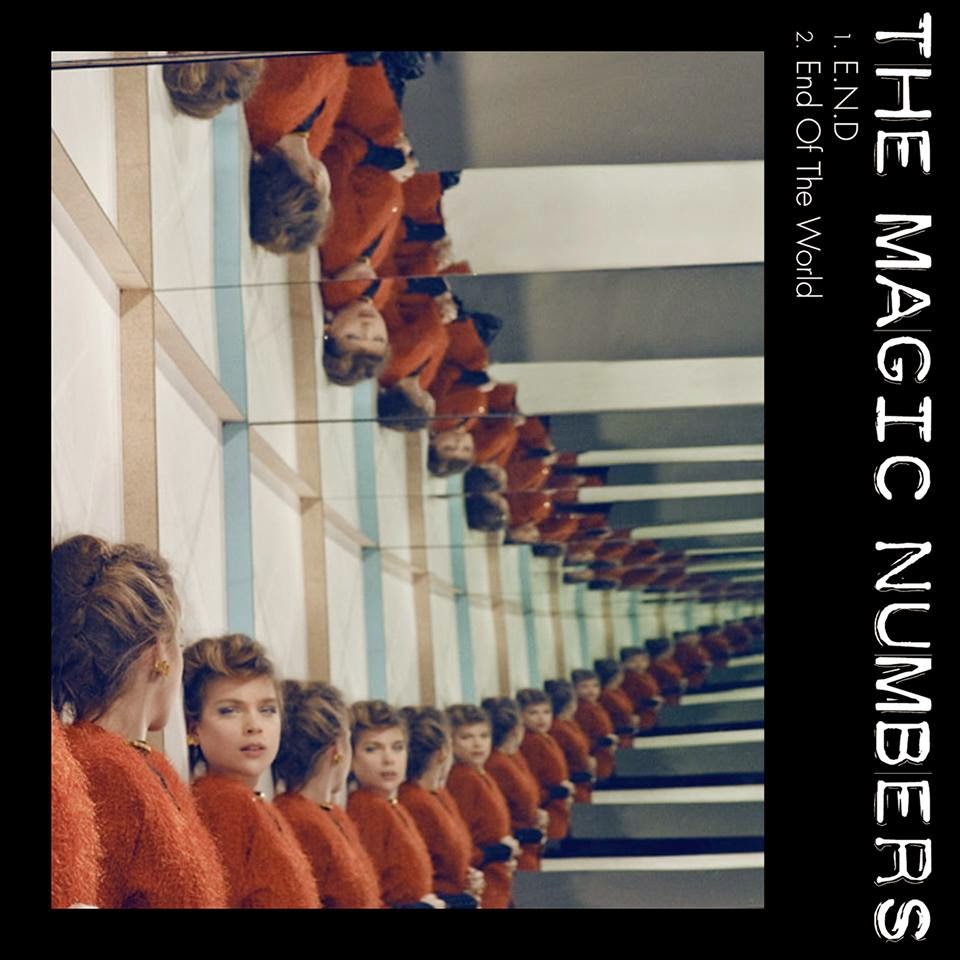 The Magic Numbers are coming to Stockholm and Debaser Medis on the 30th of october. Cool. The Brits don't need much of an introduction, having quite successfully recorded guitar pop and toured for about a decade. But we do need to hear from Romeo and Michelle Stodart, two fourths of the band. I was lucky enough to have the opportunity to ask them a couple of questions and here is what they answered:
Gordon: I hear you are on your way back to Sweden, welcome back! What's it like to tour with the Magic Numbers?
Romeo: It's an unpredictable adventure to be honest, a roller coaster of emotions. The objective at all times is to just enjoy the ride, I love touring with bands that we are really good friends with as then it's just one big hang. Our UK tour just was incredible, we were blessed with the sensational Ren Harvieu and an amazing country blues harmony group from North Wales called The Goat Roper Rodeo Band, oh and my good friend Y came over from LA to provide us with some good vibes. Let's just say it all got pretty cosmic!
Michele: It can get pretty crazy touring but let's just say we make sure and have a good time out on the road. We tend not to book hotel rooms anymore as we never end up using it and someone's always willing to put us up for the night.
Gordon: I met Gruff Ryhs the other day and I believe he and you have collaborated. Are collaborations an important part of how you work? Would you like to tell me about your most recent musical partnering?
Romeo: I love Gruff, musically but also as a person. We collaborated together on the Neon Neon album alongside Cate Le Bon & Boom Bip, the girls and I just provided backing vocals but it was great fun. I've a beautiful but somewhat surreal memory of Gruff and I in Lagos, Nigeria driving around in a huge hummer with some locals blasting Slayer being taken to a pretty cagey area in Ikeja that sold old 7 inch records of African music. One to remember.

My most recent partnering would be writing songs with Ren Harvieu. She's got this incredible voice, reminds me of a female Roy Orbison - her emotional depth and range, she has really brought to life what I've written of late. Together with my friend Ed Harcourt, I think we are going to make a truly classic album with her. If there was any justice in this crazy world she will be a household name. I'm also hopefully going to be making some more music with Jason Pierce, he's a good friend and Spiritualized are one of my favourite bands.
Gordon: How was the acoustic tour last year? It sounds like it could have been awesome to play theatres around England. Was it a spontaneous thing or a long time dream?
Michele: We had locked ourselves in the studio recording the new album and we were driving each other mad, itching to get back on the road, but we wanted to do something different, and we realised in almost 10 years as a band we'd never toured acoustically nor had we played to many seated venues. So we looked into it and found some amazing places like Pontardawe, Pocklington, Hebden Bridge, Rumliegh Farm (Devon) It was really special, and one of our favourite tours to date as we learnt a lot from re-arranging the songs.
Romeo: There's something really beautiful about playing really delicately and in a hall where you can hear a pin drop, I loved every minute of that tour as we could be very spontaneous with the songs, they changed so much throughout every night.
Gordon: What do you all do when you're not touring with Magic Numbers? Do any of you write songs for other artists?
Michele: Apart from spending as much time as I can with my little girl when I'm back home. I'm always writing songs, so when I get back from touring with the guys I try and record as much of them as possible. At the moment I'm working on a second solo release.
Romeo: Michele's got so many great unheard songs, it's insane. Her next album is going to be killer,  I can't wait to be involved in any way she'd like - happy to just be a listener, making the tea.
I've been writing for a few people that I really love, seeing what happens as you never know, sometimes you click with someone and this beautiful song appears. I've written some great songs with Pontus from swedish group Sidechild actually, hopefully something will happen with those, very soul influenced - like Shuggie Otis or something.
At the moment I'm really enjoying producing. We've our own studio so I try and get in there with people I like and record them. I'm about to go in with The Goat Roper Rodeo Band and make their album with them. It's going to be fun as we're really close and all have a massive love for country music. I think they've got potential to not just be of a particular scene or genre as the songwriting is so strong. They're the real deal and all I'll be trying to do is capture what I see on and off the stage.
Gordon: Do you still all live in London and is that city an important part of how you work with music? Do you have any good London stories for the anglophiles of Sweden?
Romeo: Yes, we are all still here, all scattered around. The Gannons are in East and Michele in the West, I live in North London in Crouch End which is quite a musician inhabited area. I bump into Ray Davies every now and again in Waitrose which always makes me chuckle and the producer Paul Epworth owns Church Studios now which is very near to where I live so you can tell who he is working with by who you spot in the area. Bono apparently frequented my local italian restaurant but I never saw him. My favourite place in London at the moment is Highgate Wood, even on the most gloomiest of London's awful weather days it has something to offer as is always beautiful and peaceful. I don't know how important London has been in playing a part in influencing the group's music but it's continually inspiring in the diversity culturally. Late night drinking is always a pain in the ass as everything kinda ends at around 3 am and it really shouldn't. There are a few dodgy places you can stumble out of when the birds are singing, but you'll manage to sniff those out yourself.

Thank you guys, so much for graciously answering my questions! I guess I'll be on the lookout for the dodgy places if I get to London. If anyone feels like helping Romeo and the rest of the band to find shady company after the gig in Stockholm, The Magic Numbers have a facebook page where you can give them a shout-out.
Upplagd av Gordon kl. tisdag, oktober 21, 2014 Inga kommentarer: 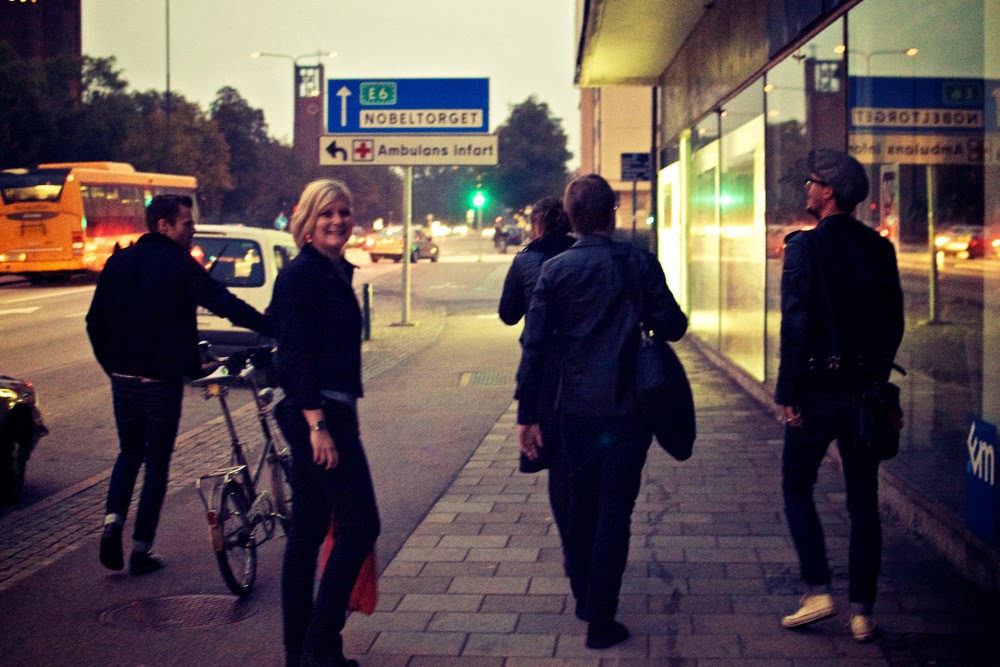 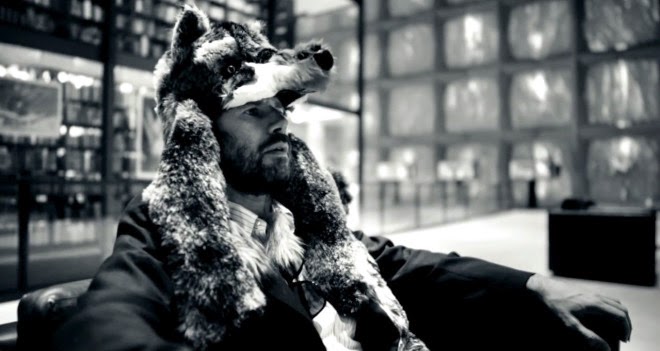 Flora Cash - I will be there EP